A visit to Murmansk 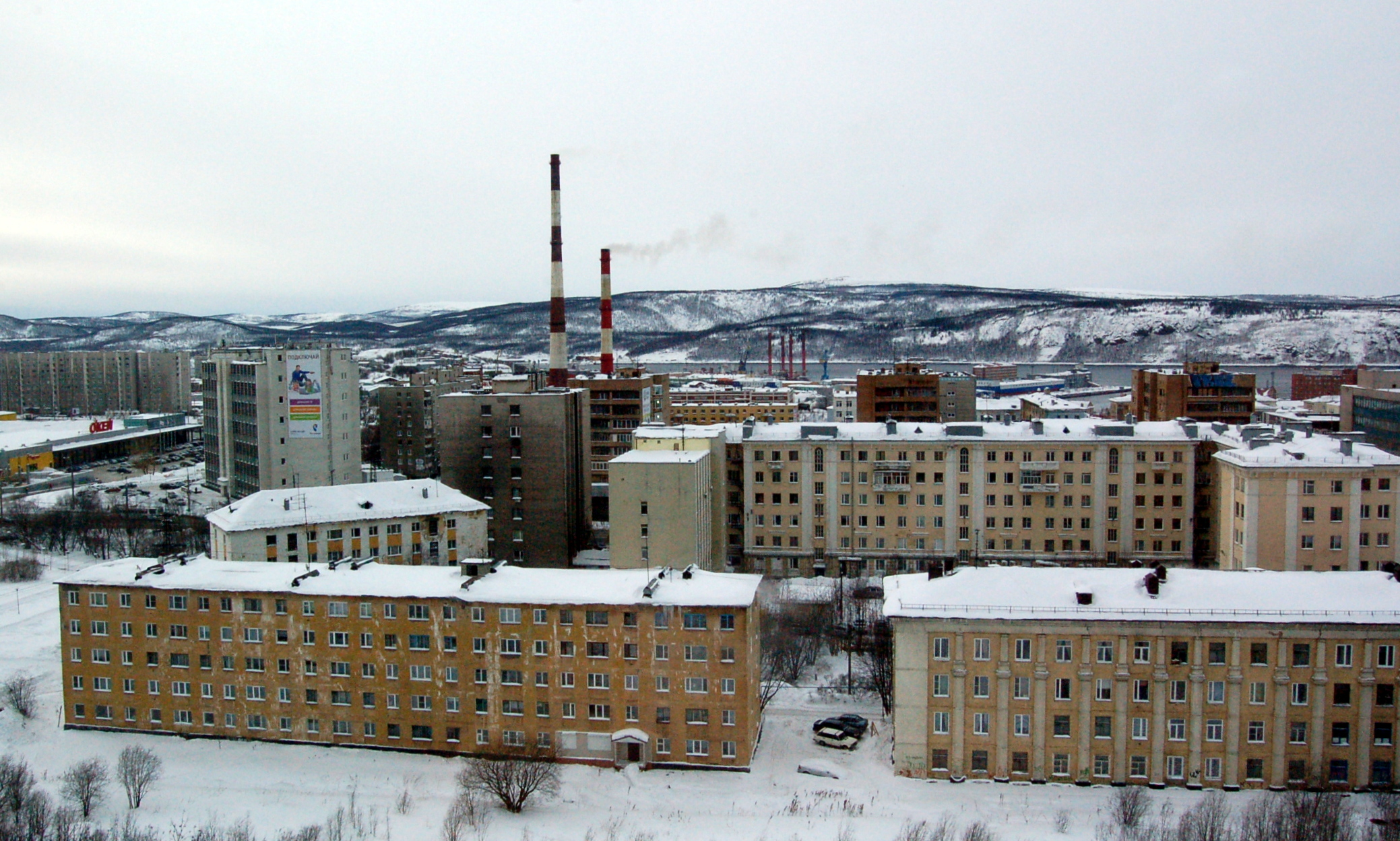 View of Murmansk and the port

The 17th of March 2013 three scientists and one PhD candidate, that’s me, from the University of Oslo set off on a three-day adventure to the East. Our goal was Murmansk, hyped as the largest city in the world to the north of the Arctic Circle, situated on the Kola Bay in Northern Russia. After nearly three hours in a surprisingly comfortable minibus, leaving the Norwegian town Kirkenes, passing Arctic nature, Russian military camps and grey towns named after heavy metals, we arrived in Murmansk for our first taste of Barents Sea cod and Russian beer. You might now believe Russian cuisine was the goal of our journey, but even a delicious boorsch (beetroot soup) will not take a marine scientist's mind off the real meaning of life: understanding ocean life.

Murmansk houses the Knipovich Polar Research Institute of Marine Fisheries and Oceanography (PINRO). The Russian equivalent to the Norwegian IMR (Institute of Marine Research), PINRO conducts research on different aspects of marine resources in the Northern regions and give scientific advise to the fisheries authorities on allowable catches. PINRO was founded 90 years ago and got its name from the founder of fisheries science in Northern Russia, N.H.Knipovich. 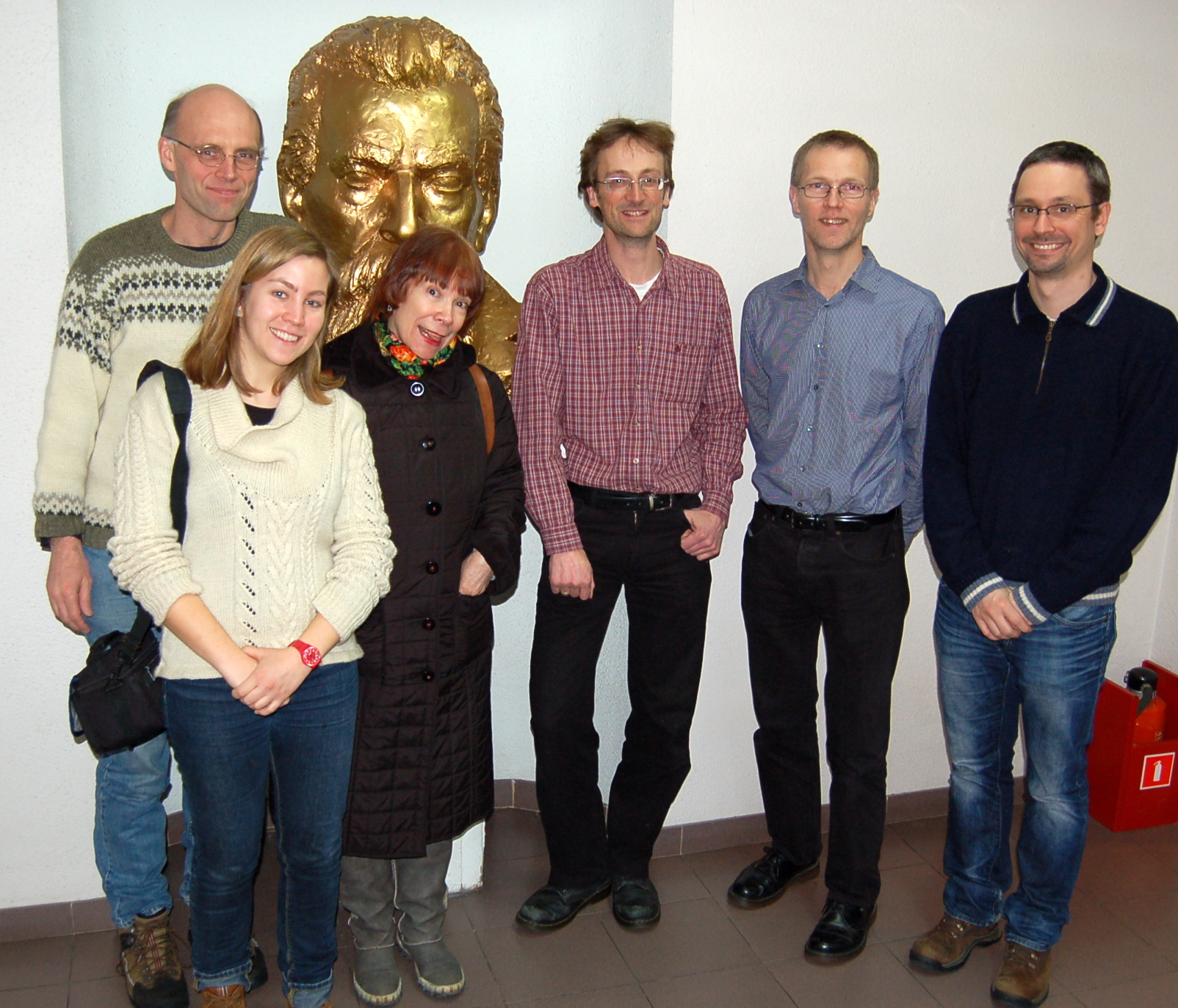 Founding father N.H.Knipovich is still present at the PINRO institute.

Scientists from CEES (Center of Ecological and Evolutionary Synthesis, University of Oslo) have together with the Norwegian IMR the last few years collaborated with colleagues at PINRO on a digitalisation project of a vast amount of biological survey data. Many interesting research projects have emerged from this extensive data collection, which includes PINRO survey data on fish larvae, eggs and zooplankton from annual cruises in the Barents Sea going back to the late 50s. My PhD project is one of these, and I have already started my deep dive into a unique time-series of zooplankton data. Visiting PINRO in Murmansk was a great opportunity for all of us involved to catch up and plan further research questions and collaborations. I got the chance to show some preliminary results to the Russian scientists, an interesting experience involving an interpreter and many curious questions ("have you done that yet?", "what is your opinion on this?"). Although I felt slightly like at an examination, it was great to get some input on which questions I can focus on for my research.

Norwegian scientist from CEES, IMR and NIVA got a chance to show research results to PINRO colleagues

The most important output from the visit to PINRO was probably to establish better contact between the Russian and Norwegian scientists, "to give a face to the name". I felt very welcome and will not hesitate to write an email to the "zooplankton people" at PINRO to ask for advise or input. After exchanging gifts and hugs, we left PINRO and Murmansk with a good feeling of a fruitful collaboration.

Back to the food, a good advise is "when in Murmansk, eat fish". The cod and halibut were safe and tasty choices, as the English menus often were more confusing than explaining (what is Salmon with a fair?) Traveling companion Dag experimented with Mutton under the pot, which turned out to be a massive bread filled with mutton soup. Struggling to finish the plate, he was rather disappointed the Russian delegation informed us that the bread-meat-fusion wasn't even a Russian speciality, but "probably something European". Bon apétit! 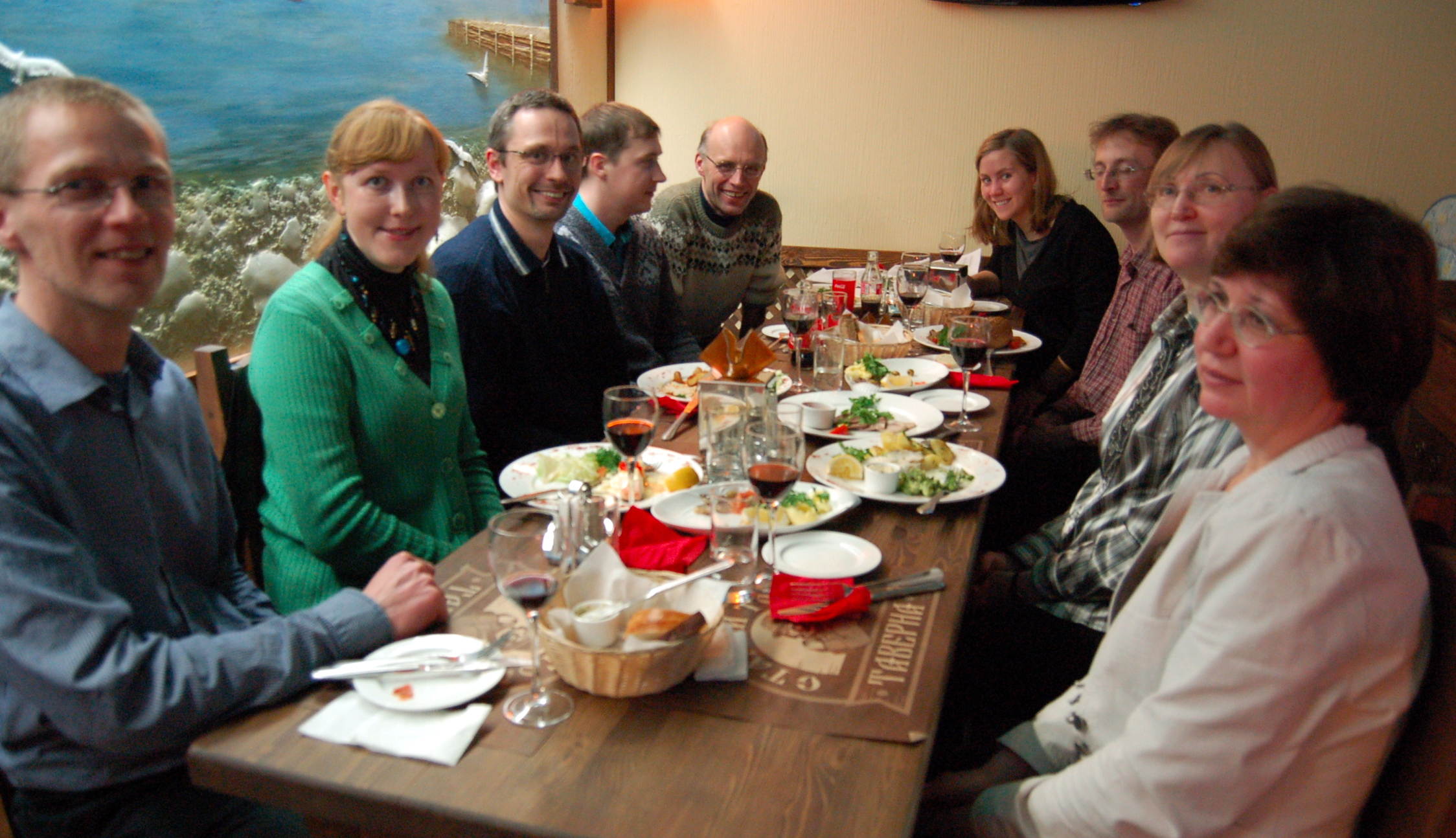