Emerging Leaders towards a Healthy, Happy and Productive Arctic

The fascination for the High North is an important element of the Norwegian heritage, symbolized by explorers such as Roald Amundsen and Fridtjof Nansen. And as climate change pushes the limits of exploitable areas northward, the Arctic is again central in the political debate. With commercial opportunities facing environmental challenges, we need knowledge about the North, communication between stakeholders, and leaders with an Arctic heart. Enter, Emerging Leaders! 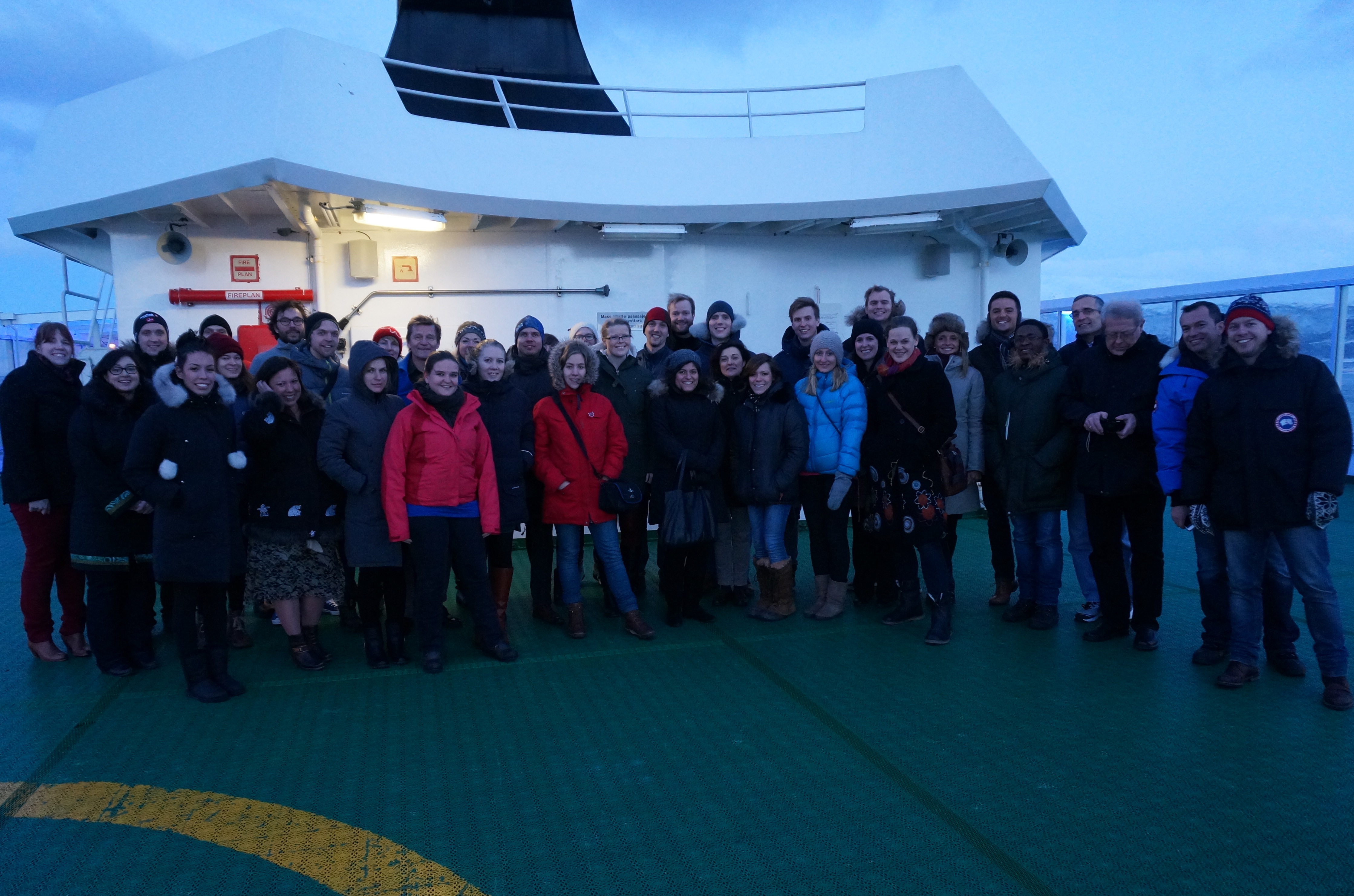 Emerging Leaders is a program for young scientists or professionals with an interest in the Arctic. As a PhD student on zooplankton ecology in the Nordic Seas, I participated in the week-long workshop together with both natural- and social scientists, as well as representatives from business, finance and the health sector. Adding a range of geographical backgrounds (North American, Scandinavian, Mid-European, even Nigerian!), the scene was set for heated debates on the Arctic future. To guide us through the program was an outstanding team of “mentors”, including top-level researchers in ecology and astrophysics, entrepreneurs, and diplomats from the embassies of the U.S.A. and Canada.

The tour started in Bodø (67°N), where we learned about security aspects in the Arctic. Of course, cold winters and sea ice pose a challenge to human activities. But whether you want to do science, fish, drill for oil, or simply be a tourist in the Arctic, you should also consider the vast distances, lacking infrastructure and communication. With the increasing interest in Arctic development, for example in shipping and oil exploration, the safety for both the people involved and the environment around is an urgent issue. 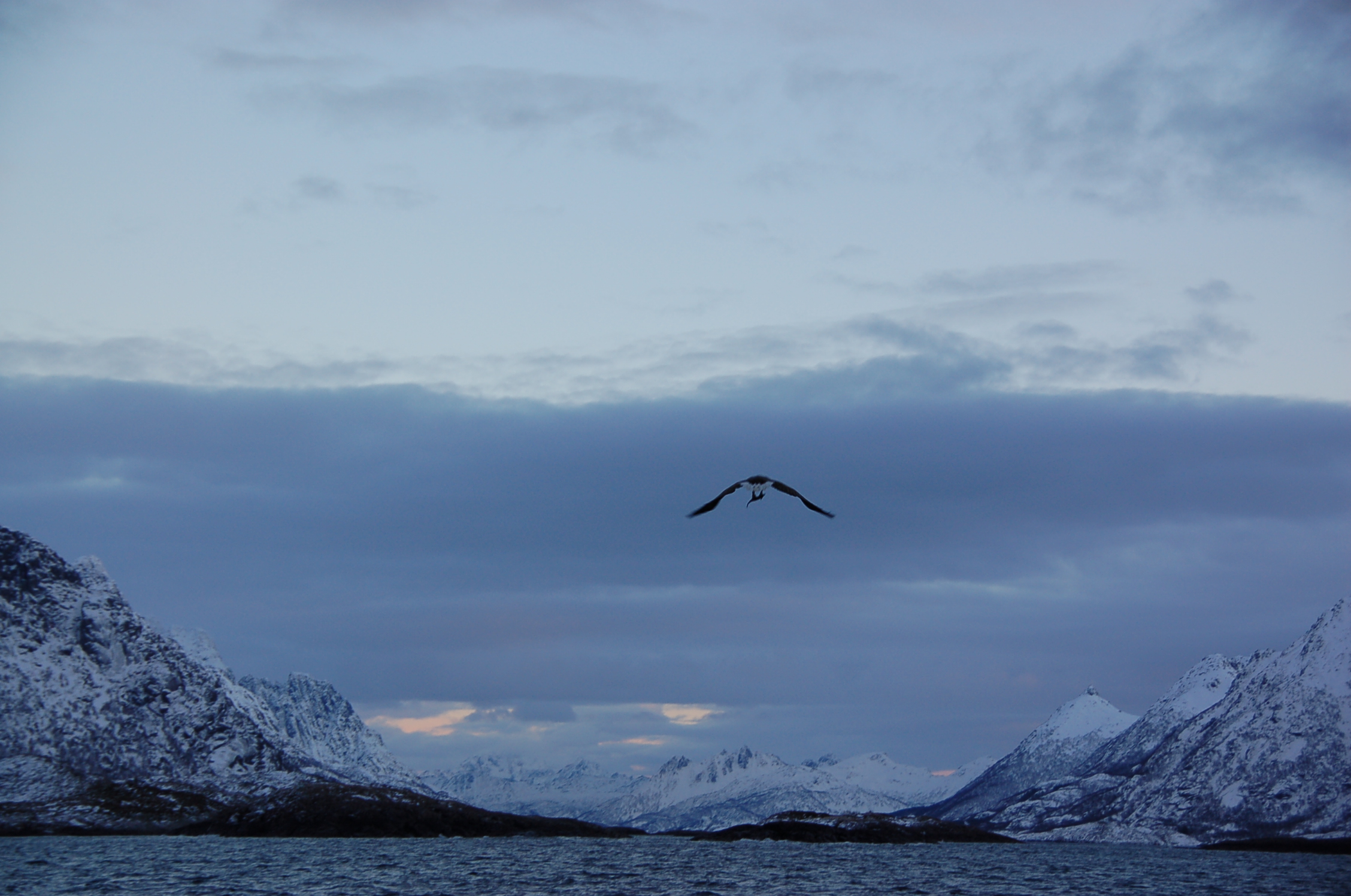 A white-tail sea eagle takes off with its prey

One area in the spotlight is the Lofoten islands. This is the spawning ground for the currently largest cod stock in the world, as well as a paradise for nature-based tourism, a potential oil region, and the second stop for the Emerging Leaders. There, representatives from both the fishing - and oil industries shared their visions for the future Arctic. And as the dim daylight appeared outside the conference room, we all realised why Lofoten trigger such strong feelings. There could hardly be a more dramatic scene for the debate! 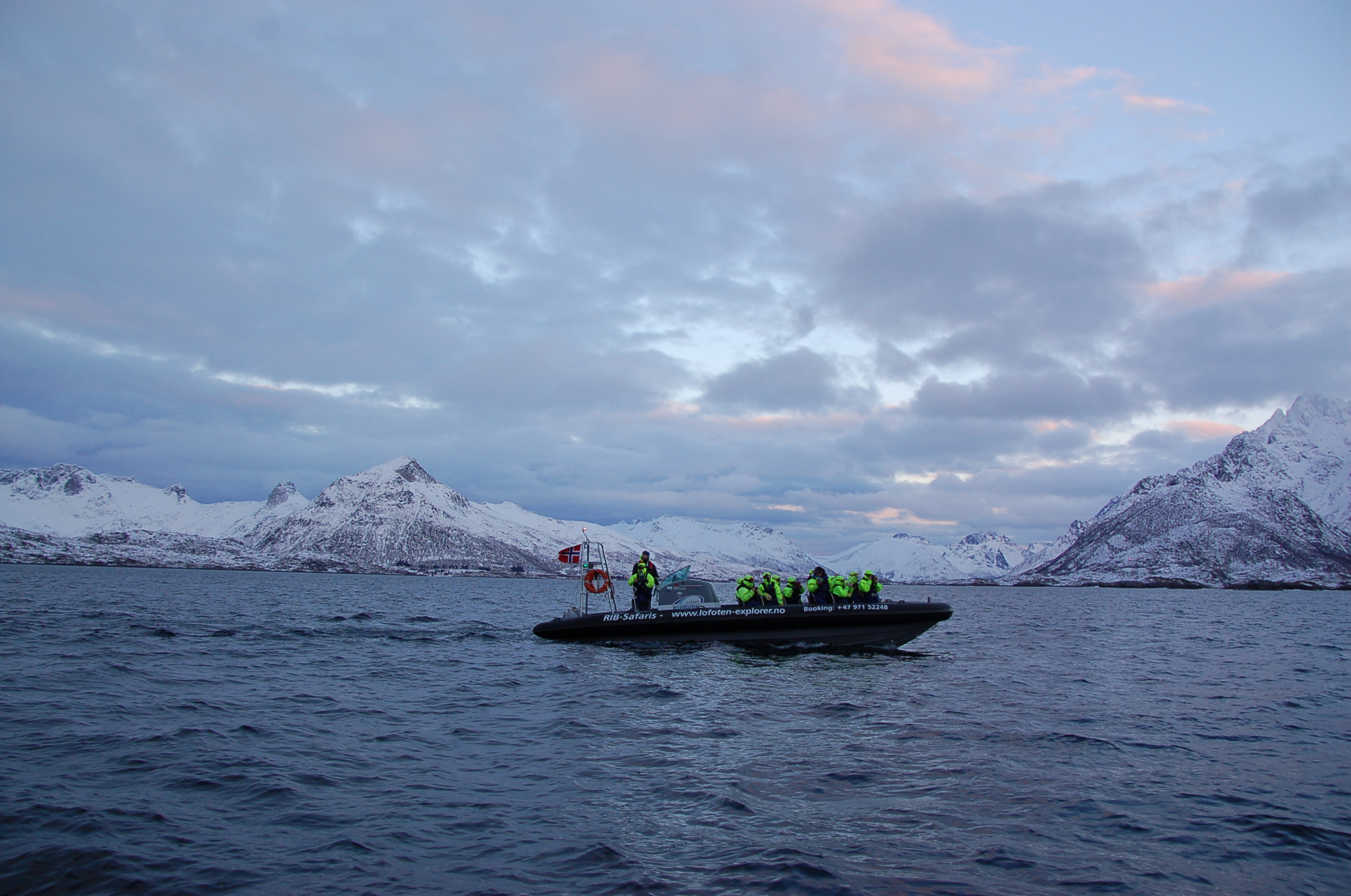 Luckily, we did not only experience Lofoten through the window. From our base in Svolvær, we were taken on a rubber boat tour to explore the nearby nature. With beautiful sea conditions we got to see the impressively steep mountains, white-tailed sea eagles (havørn), and traditional fishing villages such as Skrova. Back on land, it was time to taste both the local salmon from the highly profitable aquaculture industry, and the traditional whale steak. 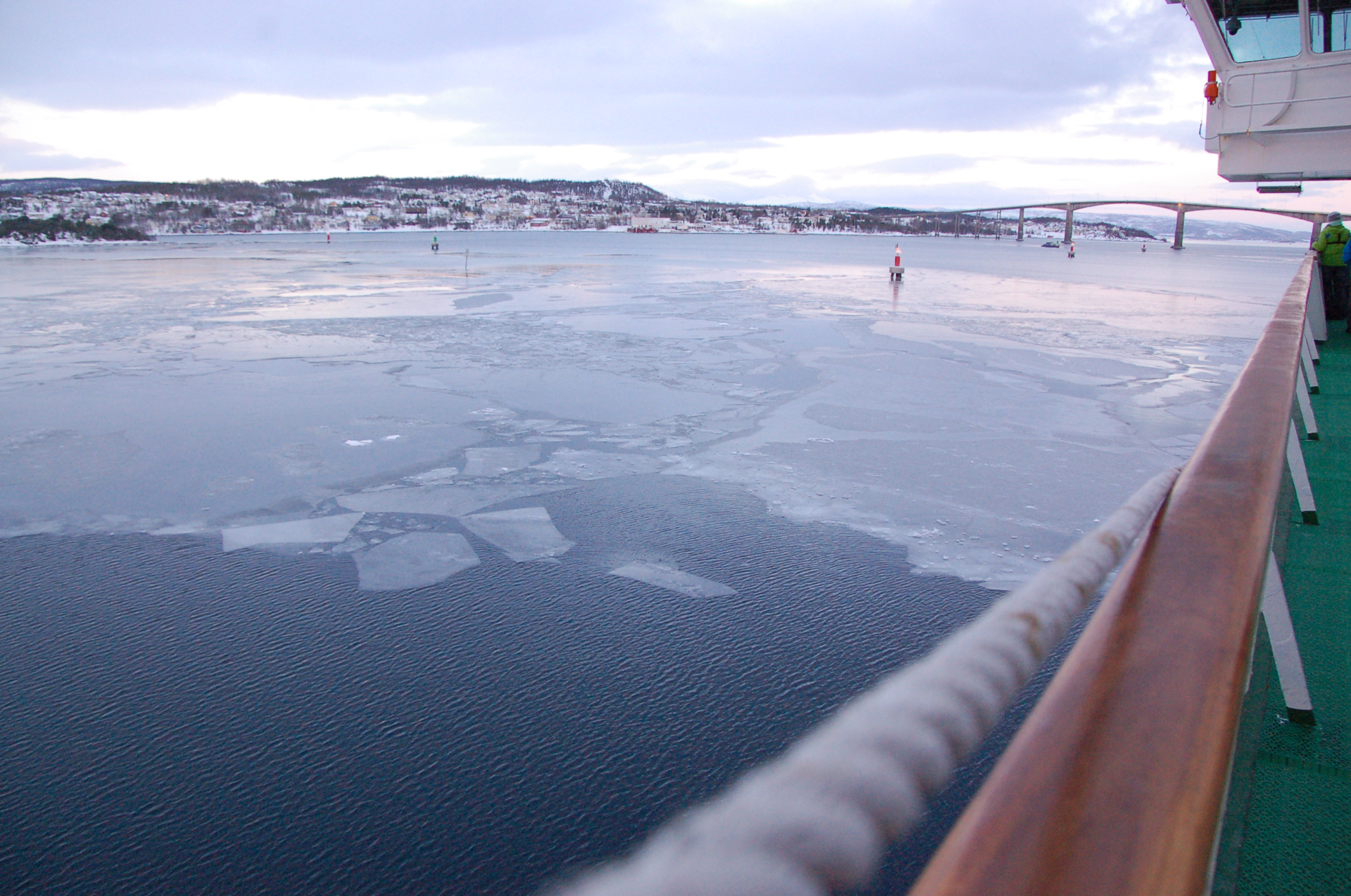 Hurtigruta turned into an icea breaker on our way towards Tromsø

Don’t get me wrong, Emerging Leaders was not only about sightseeing and dining. On board the Hurtigruta coastal steamer towards Tromsø, our mentors challenged us to make a presentation about our visions for the Arctic in 2030. Divided into smaller groups, we worked on sub-topics regarding energy, societies and marine resources. Afterwards, we all came together to make one 10-minutes-presentation, which was going to be presented to no less than the Norwegian Foreign Affairs minister Børge Brende. With the range of cultural and professional backgrounds in the group, it was challenging to settle on one common message. Especially, the debate got quite heated between the “social science camp”, focusing on the importance of education, cultural identity, and infrastructure, and the “natural science camp”, focusing on the presence of resources and energy, and protection of the environment. But I think we all were very satisfied with the final product, and so was the minister. We now hope he will bring our slogan, “Happy, Healthy and Productive Arctic” into the political debate. 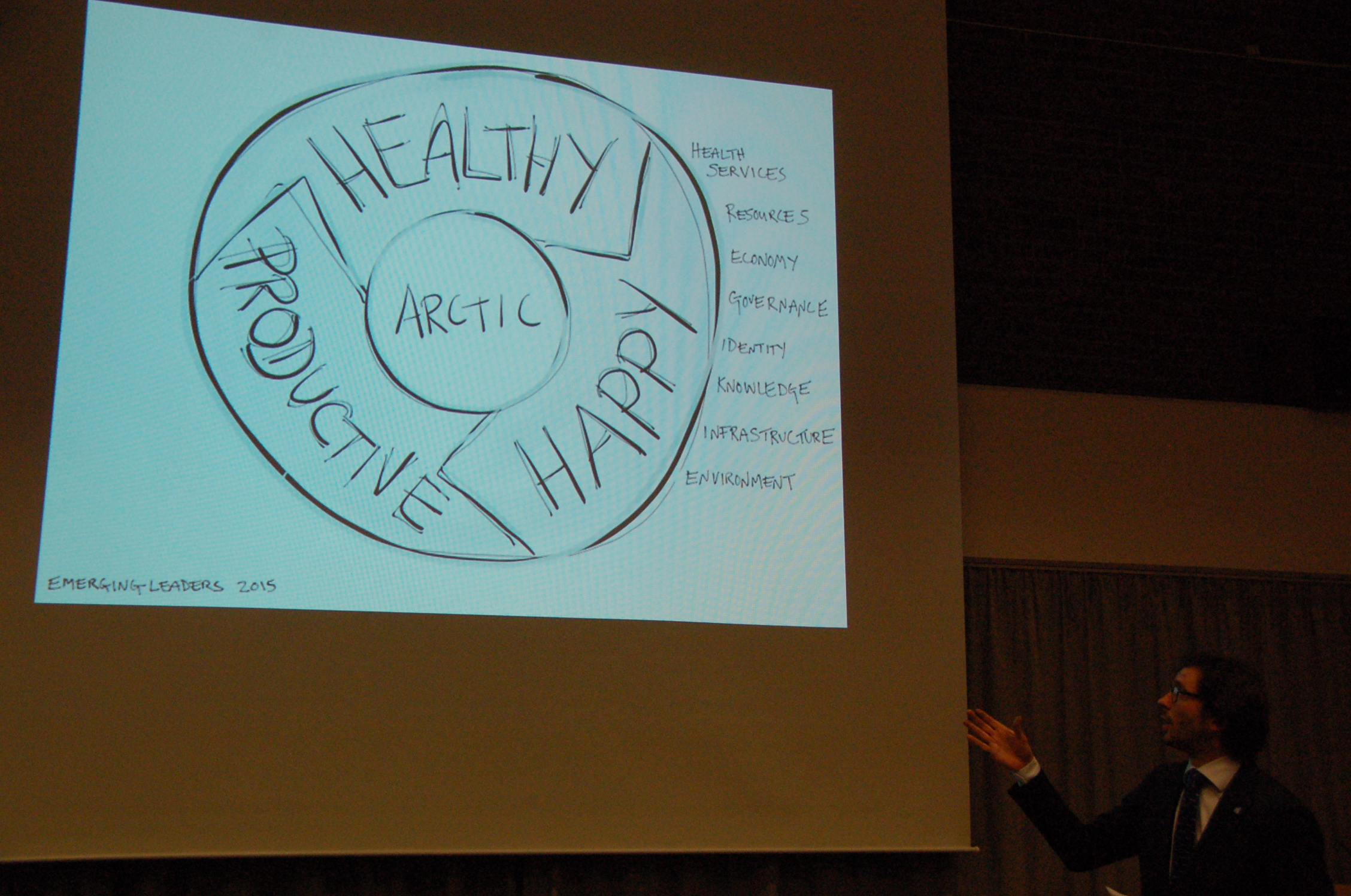 We present our vision for the Arctic in 2030: Happy, Healthy, Productive

And after all, I think the main reward from the Emerging Leaders program is to meet and discuss with people outside your own field, who push you outside your comfort zone. And after a week with a tight schedule both at day- and night time, we got to know each other quite well, and established a network that hopefully lasts for a long time. After all, how many people have you shared a skål in mjød (mead) with at an authentic Viking settlement? Or gazed at the Northern Lights on deck of a coastal steamer?

Sounds interesting? Apply for the Emerging Leaders program next year! 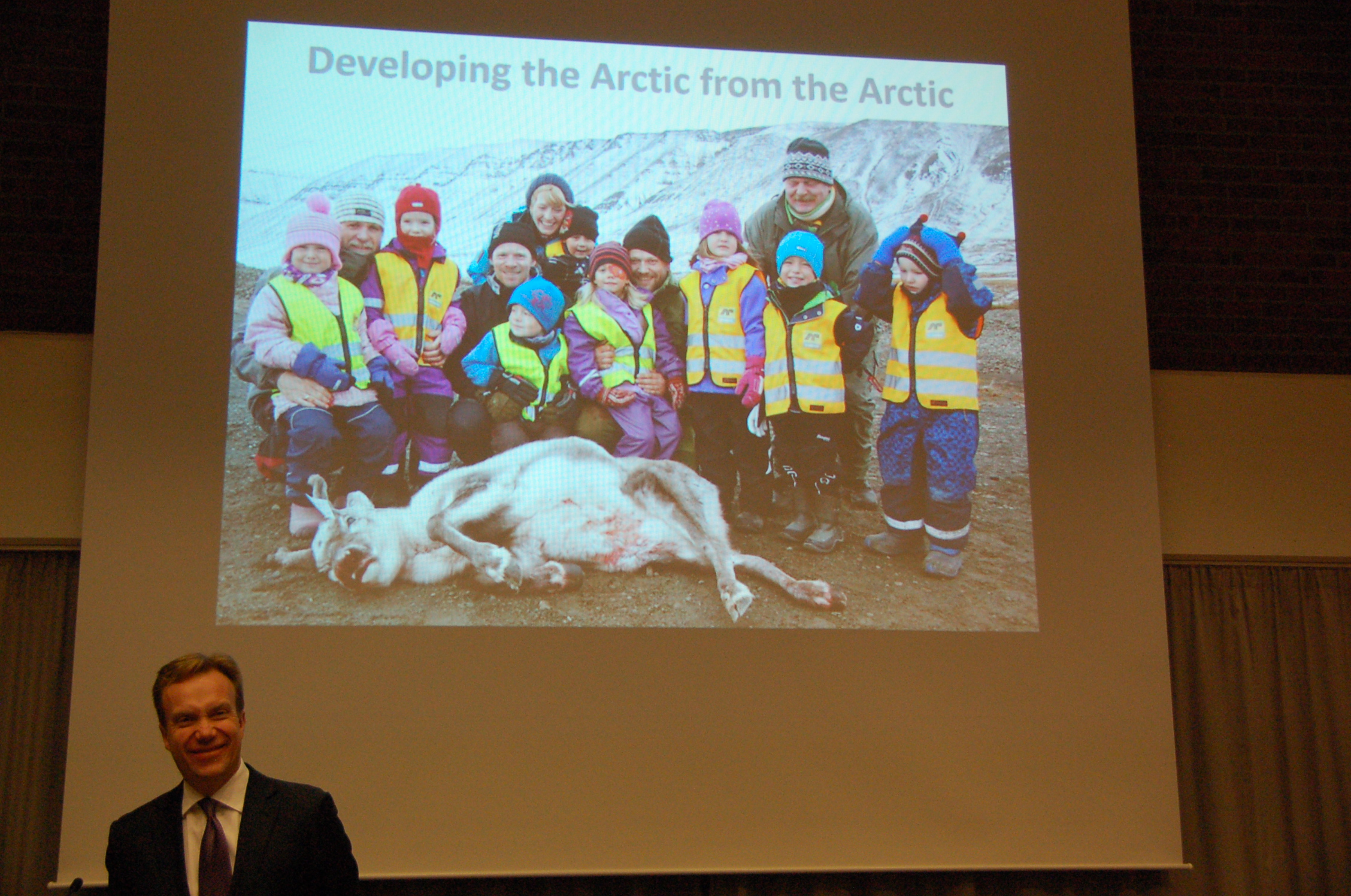 
By Kristina Øie Kvile
E-mail this page
>
Emerging Leaders towards a Healthy, Happy and Productive Arctic