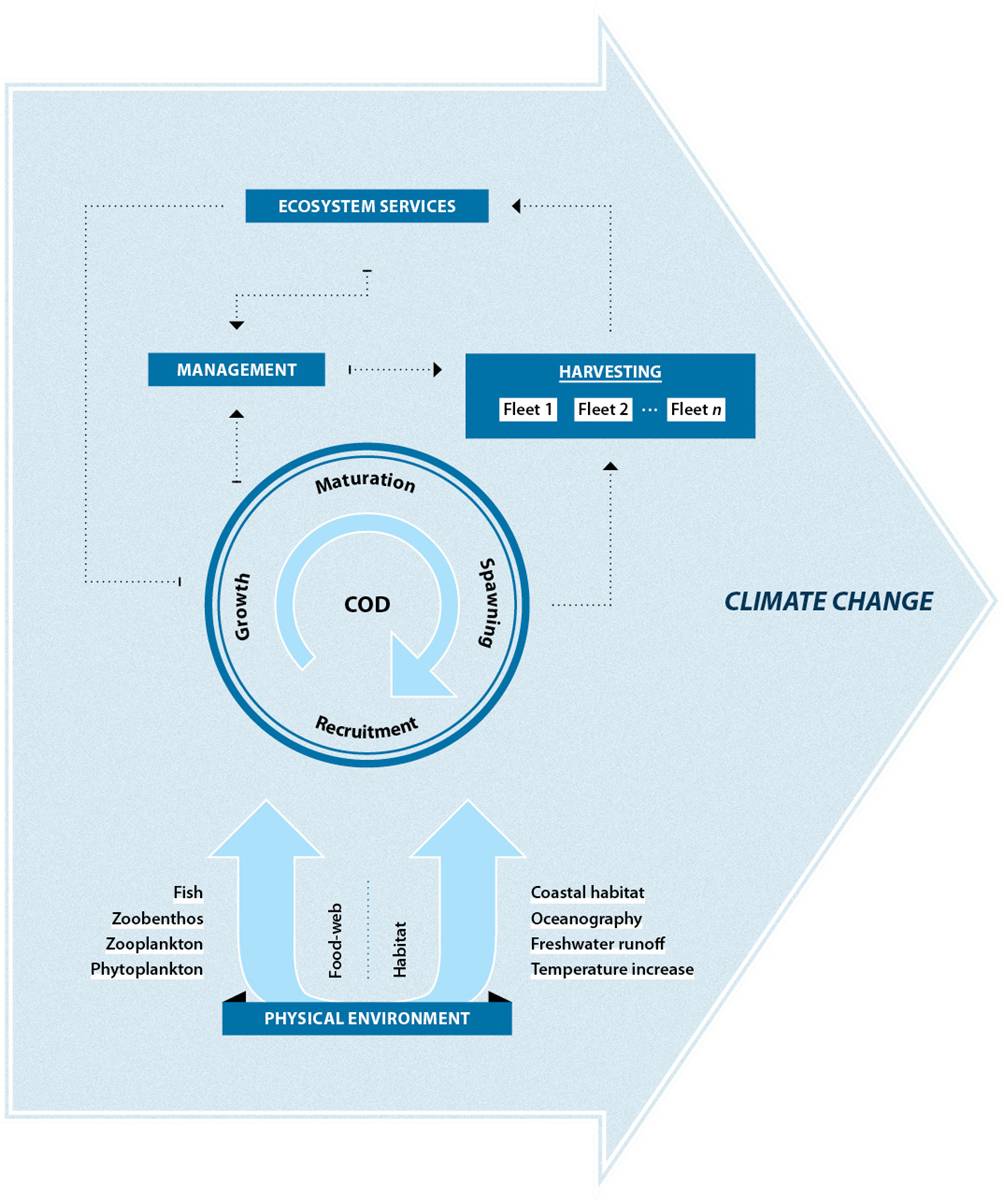 Biophysical models of marine ecosystems frequently also aim to model the behavior of the people that use the ecosystem. For example, the NorMER model used in our annual report also features a box ‘Harvesting’. It is conventionally assumed that the behavior of fishers can be modeled as the maximization of profit and utility. In other words, a fisher behaves generally as a homo economicus – i.e. economical man. So, behavior that is based upon rational and economic decision-making is the rule, while behavior that cannot be explained in these terms is the exception.

Maritime sociologists, anthropologists, and economists (!) have since long criticized the modeling of fishers upon the notorious homo economicus. They do not so much deny the importance of economical considerations, but object when these are presented as the only motivations underlying human behavior. There are quite some features of fisheries nowadays that fit uneasily with this idea. Maximization of profit does not fully explain why so many fishers continue fishing despite diminishing profits and rising costs. Another aspect that defies economical modeling is the variety of fishing, even in circumstances where fishers face similar opportunities and have equal access to means. These examples are not exceptions to the rule, but can be observed in many fisheries worldwide. Sociologists and anthropologists explain such ‘aberrations’ by taking account of the habitual ways in which fishers originate from and live in families, communities and societies. A recent publication in the scientific journal Fish & Fisheries labels these habits as a “black box category of variables” because these are not accounted for in conventional studies of fishers behavior and fleet modeling (Putten et al. 2012, 229).

An important objective of the research that my colleagues and I are currently undertaking at the Baltic Nest Institute and the Stockholm Resilience Centre is to develop concepts that can include these ‘black box variables’ in general theory about the behavior of fishers. We aim to hit a middle ground between on the one hand, the search for precise measurement closely resembling the empirical variety of fisher behavior, and, on the other hand, the need to limit this complex reality to meet scientific demands for generalization and policy demands for manageability.

Several of our MSc students have now finished three weeks of interviewing fishers in different places along the Swedish coast. We have just begun analyzing the transcriptions from these interviews and what struck me is that the fishers interviewed often have difficulty seperating motivations from action. In some cases it is clearly driven by economic motivations, such as shifting prices. But very often, when asked why they use this or that gear, or why they target specific species, the answer is something like: “that is what we have always done” (notice the “we” here). From the interviews we develop a picture of fishers, who are actually not at all so ‘economically-rational’. They normally do not perform cost-benefit analysis when faced with a choice, but do what they have always done, act on impulse or do what their colleagues do. It thus occurred to me that much of fishers’ behavior can perhaps be explained as habitual.

Habit and habituation has been a neglected topic in sociology and anthropology the last 50 years (Camic 1986), but is currently experiencing somewhat of a revival (especially in Finland it seems, judging from recent publications). Habits are reasoned routines, not mindless instincts or imitations, but directed towards a certain objective (e.g. profit, respect, pride or existential needs). Another way to put it, is to say that habits are commonly accepted modes of problem-solving that have been tried and “repeated in stable contexts and therefore require a minimal amount of conscious thought to initiate and implement” (Gronow 2008, 362). These habits thus solve problems that stem from fishers’ dependence upon natural circumstances (weather, fish stocks, seals, cormorants), social circumstances (policy, family ties, fish prices) and their own physical and emotional condition (motives, urges, feelings, fitness). Perhaps good to point out that habits are not ‘dead routines’ but are undergoing change frequently. Change can occur when circumstances change and fishers have to adapt or transform. In these moments of crisis people fall back on their innate capacity for creativity. They can consciously imagine and think through new ways of solving problems, which at a later stage can acquire again the form of habitual response.

Considering habits as main explanations of fishers’ behavior undermines the basic assumption of many models of marine socio-ecological systems. But it does not mean that modeling can’t be done. It just means that it has to be done differently.

Gronow, A. 2008. Not by rules or choice alone: a pragmatist critique of institution theories in economics and sociology. Journal of institutional Economics 4 (3): 351-373.