Main navigation
Sub navigation
Blog > What are we aiming for in fisheries management?

What are we aiming for in the Disneyland of fisheries management? 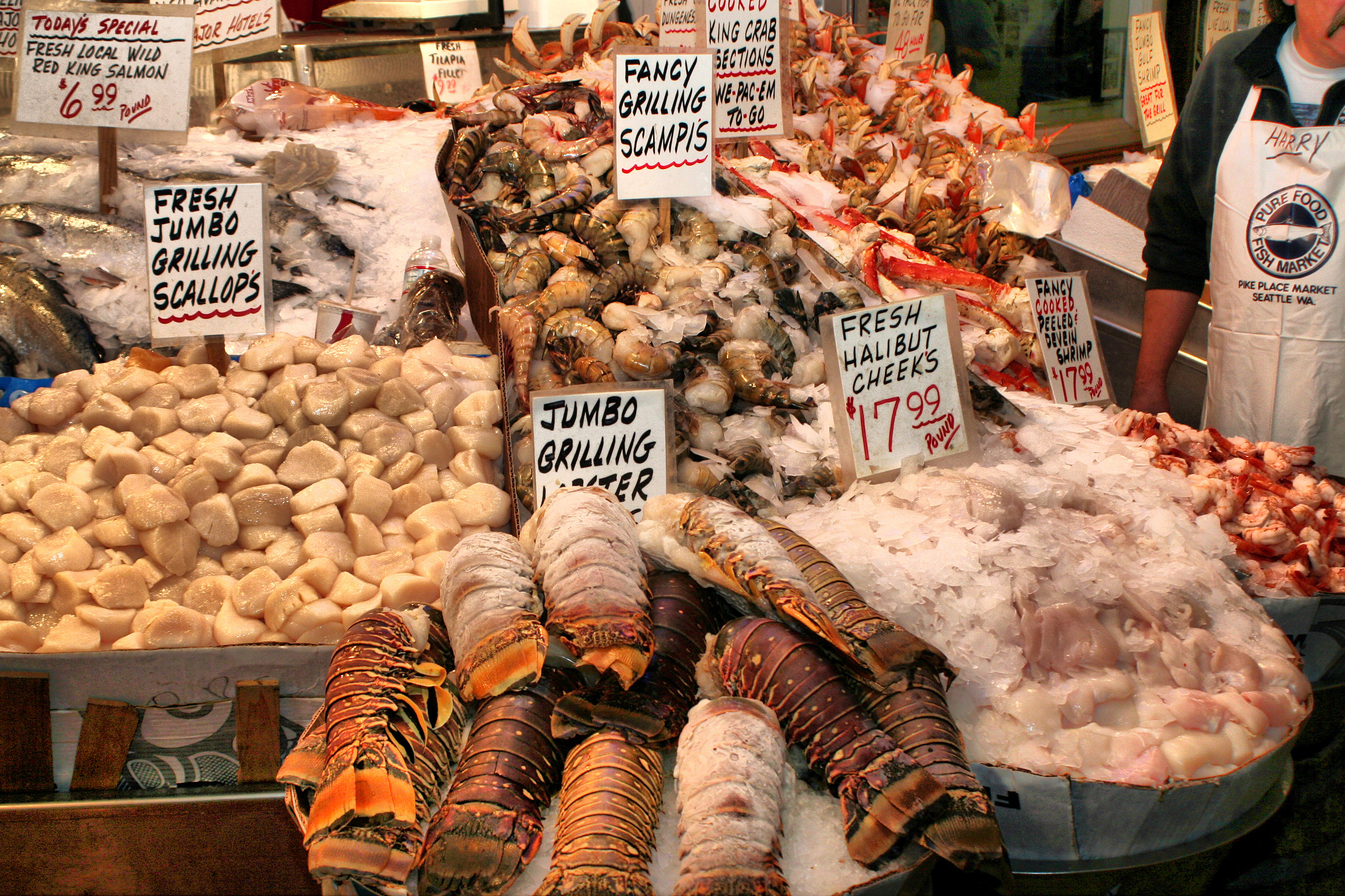 Already in 1977 Larkin wrote a dramatic epitaph for the funeral of the fisheries management objective called the maximum sustainable yield, MSY:

“M. S. Y.
1930s-1970s
Here lies the concept, MSY.
It advocated yields too high,
And didn’t spell out how to slice the pie,
We bury it with the best of wishes,
Especially on behalf of fishes.
We don’t know yet what will take its place,
But hope it’s as good for the human race.
R. I. P.”

As can be seen from today’s fisheries policies, the funeral never took place. The success of MSY remains, although considerable ongoing critique has been presented already since Gordon’s classical work in 1954. Despite some obvious shortcomings of MSY in neglecting the social aspects of fishing as well as in not being able to preserve the stocks, it has been able to attract continuous support from policy makers, leaving the goal endorsed by economists, the maximum economic yield (MEY), in the shadows. It has become apparent to me from many sources that we, the economists, have not been so clear in presenting our management objectives; the tools we consider to be economically sound. The MSY objective seems to be a comprehensive concept at least for policy makers, and increasingly so also for fishermen, thus the question remains: Is it so widely known because of its management outcomes, or only because it has so tenaciously been promoted during the last century? An implication of the popularity of the concept is that MSY has been the main tool applied in fisheries management already for many decades, and the current reform of EU common fisheries policy also expresses an intense devotion to the biologically driven objective (European Commission, 2011). What are the features of MSY and MEY, and where do they differ? If MEY is still only a far-flung echo in managers’ ears today, should we use more effort to familiarize managers with the concept?

The basic logic behind MSY management is that a certain level of catch can be taken without diminishing the stock level as long as the stock is below its carrying capacity. This means that the harvest in its maximum can equal the surplus production level of the stock’s growth capacity. According to Clark (1990), the MSY level is usually found between 40-60 % of the carrying capacity level. As mentioned above, the topic is much debated, and the main critique on the MSY objective is found from the fields of biology and economics. On one hand, biologists claim that harvesting a fish stock at MSY level often fails to adapt to abrupt changes in stock size, since there is no mechanism for feedback. It also fails to encompass the diverse interactions in the ecologically interwoven mixed fisheries, and as a result a less productive species may face a risk of extinction. On the other hand, the economists have deemed MSY irrelevant - in their opinion a tool, which ignores the costs of fish harvesting and the overall trade-off between present and future harvesting is very unlikely to be optimal, as its tendency is to bring about fleet overcapacity and almost zero profits, let alone the biological consequences already mentioned.

The amusing paper by Larkin (1977) proposes that the goals of fisheries management should include maximum food production, ecological conservation, and good economics. Therefore, an optimal management tool should be able to embody these goals simultaneously, instead of employing only one at the time, what makes all the difference between MSY and MEY. The optimal concept for management objective should also be able to capture balancing between present and future resource use. As Clark (1990) states, the marginal profit from harvesting the fish resource today should equal the present value of the marginal loss of not being able to harvest the amount of fish in the future. In addition to the direct profits from fishery, it is even possible to consider non-use and recreational values with regard to MEY management, if a wider perspective of economic benefits is applied. At zero discounting, MEY is indeed a tempting objective, since the stock level is higher than at the MSY level, and the profits earned by fishermen are higher, what means that the goals of conservation and good economics are reachable simultaneously. However, as I just mentioned, the MEY level is most protective under zero discounting, and at positive discount rates, the outcome may be different. Although the outcome of MEY management is sensitive to discounting and costs, it is also true that in most cases by using reasonable discount rates and positive costs, the stock level will be higher than the level realized with MSY management (see e.g. Kompas et al., 2011).

In the today’s world many fish stocks have been overfished. If MEY objective is applied in a situation of continuous overfishing, the level of fishing effort would be decreased for some time in order to make the stocks and fisheries viable in a long run. Therefore, the need to decrease the fishing effort in a short-run may also explain why MEY is not such a popular management objective for the politicians, since in the short-run it would mean unemployment and diminished profits in the fishing sector, what also would bring about a group of unhappy voters. However, we should not be blinded by the short-run social sufferings of decreasing the fishing effort, because what counts most is the future. If we are able to decrease the effort now, we are able to build up the resource stocks, what luckily means that in the future we are able to take larger catches safely without worries of fishing down the stock, thus reaching both conservation and economic goals. So it seems obvious that MEY management would improve both the state of the fish stocks and the well-being of fishermen as earlier stated by Nieminen (2012) in this blog series.

After a long time of purely theoretical considerations of MEY management we are now able to see what happens in practice, when the MEY is applied in fisheries management. Since 2007, Australian government has applied the MEY as a primary objective of their fisheries management (Australian government, 2012). For example Norman-López and Pascoe (2011) have analyzed the long- and short-term direct and indirect effects of achieving the MEY level in Australian fisheries to find out that the benefits from MEY management overcome the costs. The main impacts of the policy arise from reducing the fishing effort in order to achieve the MEY level, what resulted in 11-45 % reduction in number of fishing boats depending on the fishery. However, as mentioned, the short-term effects are well paid back in the longer term.

Is MEY an answer to all the problems in fisheries management then? Christensen (2009) argues that when a broader comparison in the economy is considered, MEY would be equal to MSY, which means that the management outcome may be sensitive to the breadth of the economic view. However, Christensen’s paper was shortly after commented by Sumaila and Hannesson (2010), who provided a counter argument for Christensen. Also Dichmont et al. (2010) criticize MEY and the bioeconomic models leading to the reference point for not being able to meet the complexity and non-linearity inherent in fisheries problems. They argue that these characteristics could be tested by applying adaptive management, where the stakeholders are involved in the management. Certainly MEY needs improvements, and luckily the models leading to MEY reference points are not sealed in any way, and therefore necessary new features can be incorporated into the models.

In the end, as one of the creators of the MSY concept neatly puts it, aiming towards MSY means moving in the right direction, not moving towards optima (Holt, 2012), and most probably this is the case for MEY as well. As time goes by, even more polished objectives may come up. But it is important to keep in mind that the outcome of our actions depends on where we stand now. For example, if we think of an open-access single species fishery, it is obvious that implementing an MSY policy improves the stock health as well as makes the fishermen better off by moving away from an undesirable bionomic equilibrium. Then, moving further to improve the stock viability and the economic well-being of the fishermen can be attained through MEY policies. So, in this setting, the MEY seems to be a step towards well-being of both fish stocks and fishermen. Why not try to take this step to the right direction, and also tell it to those who decide on it?

By NorMER PhD student, Maija Holma
E-mail this page
>
What are we aiming for in fisheries management?