July started out pretty hectic for me. Having just moved house my entire life was in boxes so I was looking forward to leaving the mess behind and travel to Norway to attend the ISEC 2012 (link: http://www.cees.uio.no/isec2012). The average person at ISEC has a statistical or modelling background, which he/she uses to tackle some sort of ecological data problem, which made the conference highly interesting to me since that is exactly my case as well.

Some quick facts about ISEC: The first ISEC was held in 2008 in St. Andrews, Scotland. It is held every second year, thus making this year's edition the third of its kind, with participation of 227 delegates from 35 different countries. We were entertained by about 30 posters and 110 presentations running in three parallel rooms. There was an overweight on applications on terrestrial animals, however still with many marine and fishery related talks and posters.

Having already noted that CEES was involved in organizing the conference it was not a surprise that the venue was the beautiful Sundvolden Hotel (link: http://www.sundvolden.no) in picturesque surroundings some 40 minutes outside Oslo. This approach of “trapping” the conference attendees by choosing a venue which is isolated is clever since it promotes interaction, both scientific as well as social. Additionally, a number of excursions were planned (hike, boat trip, bird watching), but unfortunately I was injured (self-inflicted) in the conference soccer match and therefore unable to attend! 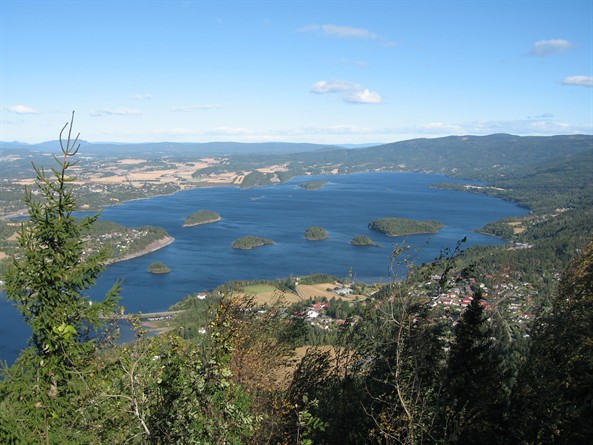 Prior to the conference three workshops were held on diverse topics: AD Model Builder, population genetics, and model selection. I attended the latter, which was more a three hour crash course than an actual workshop. The presenter, professor Nils Lid Hjort from the University of Oslo, introduced the well-known AIC and BIC before explaining his own Focused IC (or FIC). AIC and BIC are general purpose information criteria that do not require a specific modelling effort thus being easy to calculate and with a good average performance. In contrast, the FIC focuses on the inference of interest and is therefore a model selection criterion tailored to the particular question at hand. As a scientist one is always somewhat sceptical when introduced to new theory within a well-established topic, but in this case professor Hjort convinced me that I will need to have a closer look at the FIC next time I need to select a model. For more information there is slides available at the conference website here (link: http://www.cees.uio.no/isec2012/workshops/).

The opening remarks of the conference were given by our very own Nils-Chr. Stenseth, who underlined the importance of collaboration between ecologists and statisticians, in particular in times where the amount of collected data is outgrowing our capacity to analyse it. Statistical and data-mining tools for exploring, visualising, analysing and synthesising data will increase in demand over the next years he said. This, I think, is very true and important to keep in mind when formulating today's ecological models.

Despite being a small conference the organizers had managed to get quite a few high profile plenary speakers. Personally I enjoyed Otso Ovaskainen's tour de force through his work on spatial modelling and movement, and André Punt's interesting views into the (for me) relatively unknown territory of fisheries management in practice. The parallel sessions hosted many interesting talks on diverse topics such as how to combine data types and information in a single model, on multi-species interactions, models for movement, spatial modelling, population dynamics/fisheries, and the invited session on fisheries stock-assessment. 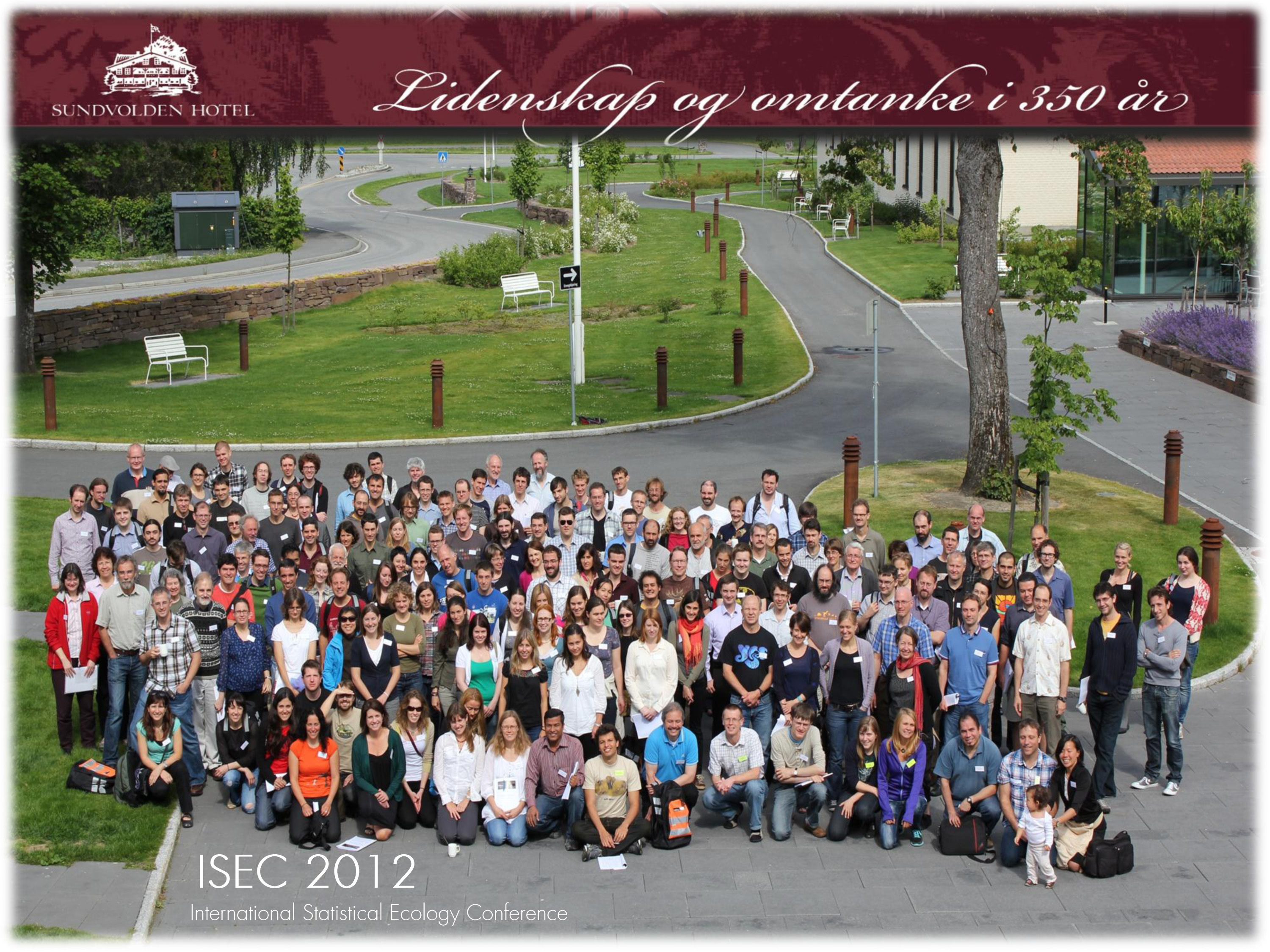 As for specific talks I want to mention a couple that struck me as particularly novel: Mark Bravington from CSIRO presented a method to estimate species (southern bluefin tuna in this case) abundance from genetics data. Specifically they genotyped 14,000 samples over five years and found that the number of matching parent-offspring pairs can be used to estimate adult abundance. Such a method has been considered previously in the literature, but never has it been performed in practice. Genetics is a great example of a field where data are becoming easier and cheaper to collect thus making current models struggle to keep up in capacity. Another interesting talk given by Janine Illian from University of St. Andrews discussed some new tools available for handling large datasets that are spatially and temporally correlated, such as fisheries survey data. The new model fitting approach is based on an integrated nested Laplace approximation (INLA), which may seem as a crude approximation (when you dive into the details), but in many cases it is robust and works very well. An R-package for this method is being developed and is described here (link: http://www.r-inla.org/). We will probably hear a lot more about INLA in the future.

The ISEC 2012 was one of my best conference experiences in a long time, with so many clever, interesting and above all talkative people present that I was exhausted when going to bed every day, but excited to get up every morning. The next ISEC is in 2014 in Montpellier, France for which I will have great expectations!