The 36th Annual Larval Fish Conference was held at the Solstrand Hotel, Osøyro, Norway. A picturesque region situated 30km south of Bergen on Bjørnefjord.  Approximately 150 participants attended from around the world, all with one thing in common – they studied the early life history (ELH) of fish. Throughout the week we were treated to a series of stimulating presentations, some fine cuisine and bright, clear skies punctuated with the occasional shower (a ubiquitous component of Hordaland life I‘ve heard). 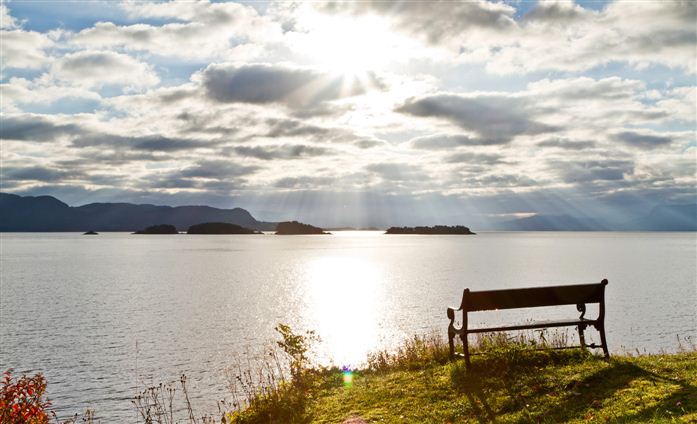 Why the interest in larval fish? A question I‘m frequently asked when explaining the topic of my PhD. For many species, small fluctuations in survival of ELH stages can have dramatic effects on the adult population. The marine environment is constantly subjected to change, induced both naturally and anthropogenically, it‘s important to understand how ELH stages respond to these pressures in order to understand the dynamics of post-larval fish. The link between ELH stage survival and recruitment was first suggested by Johan Hjort (1914, 1926) and his hypotheses formed the foundation for almost a century of research on recruitment variability. Now considered to be a product of complex biological, physical and geographical interactions, Hjort‘s original hypotheses are too restrictive to explain the complexities observed in recruitment variability, however the enduring influence of his work still resonates throughout larval fish ecology (for a nice overview see Houde, 2008). And his presence was felt throughout much of this year’s Larval Fish Conference.

Biophysical modelling is a rapidly growing field of research. General circulation models (GCMs) that produce realistic flow-fields are coupled to Individual-based models (IBMs) incorporating larval growth, mortality and behaviour. The resulting model is used to study dispersal pathways and fate of ELH stages. Many applications of biophysical models were presented and it is clear they are invaluable tools; it was also apparent that there are still several physical and biological considerations required for their further development. A more detailed representation of physiology and predation throughout ontogeny, horizontal swimming behaviour, navigational cues, individual variability and stochasticity in GCMs were all suggested as ways to improve models. Also highlighted, and perhaps most importantly of all, is the need for empirical research to provide accurate estimates for model parameters and validate model output. Among my personal highlights was the research of project VITAL (Vital Rates of Pelagic Fish and Larvae). Adopting a holistic approach, they are conducting a series of experimental studies to estimate larval swimming speeds, predation by medusae and metabolic, growth and ingestion rates under varying environmental conditions. The results will be used to parametise an IBM to examine early life stage survival and dispersal in sardines and anchovies. I look forward to seeing the results. 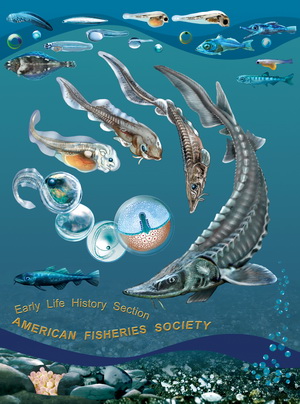 The “effects of oil and natural gas surveys“ was an interesting session. In the aftermath of the Deepwater Horizon oil disaster, and owing to its large scale and unique nature (e.g. continual underwater flow), public concern regarding oil spills and their ecological consequences is probably at its greatest. Although the effects of crude oil on fish ELH stages are not immediately visible and receive little attention from the media it is an important and active area of research; as mentioned above, small fluctuations in survival of ELH stages can have dramatic effects on recruitment. John Incardona gave a fascinating talk about the effects of crude oil exposure on embryonic heart development; exposure to high levels of toxicity invariably lead to larval mortality, whereas exposure to low toxicity can lead to latent mortality, a trend seen across multiple species. Work in this field is invaluable to understanding the short- and long-term ecosystem impacts of major oil spills, small-scale spills that occur on a day-to-day basis and dispersants used to breakdown oil. Also highlighted was the need for collaboration between toxicologists and ecologists to bridge the gap between exposure effects at the individual level and their ramifications at higher levels of biological organisation.

Socially, the event was also a success. Socialisers were encouraged most evenings, a tour of the recently established Oseana Art and Culture Centre was arranged (including a concert showcasing the music of Grieg and Bergen‘s Ole Bull) and contingents of swimmers and anglers took to Bjørnefjord whenever time (and weather) permitted. The conference banquet was held on Thursday night when student awards were announced, a raffle was conducted (with many participant-donated items) and a rather amusing auction took place, culminating in Claire Paris and Myron Peck battling it out for the prestigious Annual Larval Fish Conference flag.

All in all, I really enjoyed the conference and highly recommend it to anyone studying the ELH stages of fish. The conference will be held in Miami and Quebec City in 2013 and 2014 respectively, I hope to see you there. 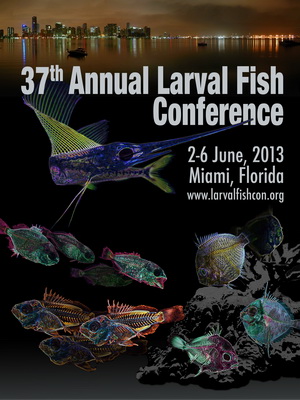