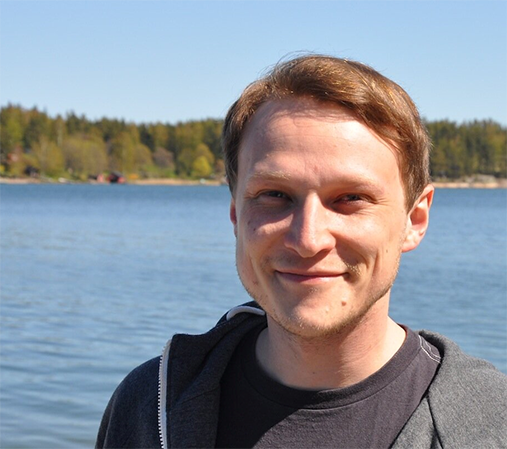 Increasing changes in environmental conditions are reshaping marine ecosystems and their communities on a global scale. Coastal areas are particularly vulnerable as environmental stressors have a stronger impact due to the shallow waters and a restricted water circulation. At the interface between land and sea, the direct impact of anthropogenic pressures is highest in the immediate coastal zones. The effects of eutrophication and the steadily increasing impact of climate change constitute the major threats to coastal ecosystems, leading to altered ecosystem functioning via e.g. habitat degradation, oxygen depletion and reorganisation of communities and their associated ecosystem services. Zoobenthos has a crucial role in a healthy functioning ecosystem, as it reworks sediments, remineralizes organic matter and serves as food resource for higher trophic levels, such as benthivorous fish. The trophic link between benthic fauna and fish is strong in coastal areas, since the majority of fish are at least partly benthic feeding. Hence, understanding long-term structural changes in zoobenthos and fish communities in response to environmental drivers is an important task, especially in the light of increasing environmental pressures. With only little knowledge of the consequential functional aspects underlying changing communities over multi-decadal time scales, frameworks are needed to evaluate how changing structures influence community functionality.

In this thesis, I study the long-term progression of fish and zoobenthos communities in relation to environmental drivers in a coastal system, the Åland Islands in the northern Baltic Sea, and apply trait-based approaches capable of revealing how changing community compositions can alter functional properties. Based on four papers, my thesis focuses on investigating the impact of eutrophication and climate change on coastal fish and zoobenthos (paper I), the long-term development of zoobenthos communities and the specific environmental drivers shaping them (paper II), how diverging community patterns affect functional aspects of the benthic fauna (paper III), and whether changes in the functional structures of zoobenthos communities affect the food quality and linkage structure for benthic feeding fish communities (paper IV).

My thesis reveals that the strength of environmental drivers has shifted from being previously eutrophication driven to being dominated by climate change-related drivers, affecting fish and zoobenthos in different ways. Zoobenthos communities follow contrasting progression patterns depending on area-specific developments in environmental drivers of sheltered and exposed habitats. Applying regional climate projections, following IPCC scenarios, I demonstrate that those drivers that have shaped the communities in the past, are likely to increase in strength in the future, promoting an intensification of shown trends. I further showcase that the altered community composition of zoobenthos has affected its functional structure over time, i.e. leading to different functional characteristics of zoobenthos. Despite the contrasting functional structures, the functional diversity remained similar and increased after the establishment of the invasive polychaete Marenzelleria spp. Presenting a novel trait-based predation selectivity measure, my thesis shows that the changes in functional structure of zoobenthos have led to a positive development in food resource quality for benthic feeding fish and highlight a positive relationship between functional diversity and food quality.

This thesis utilizes multi-decadal time-series to highlight long-term progression patterns of coastal communities in relation to a dynamically changing environment. It further demonstrates the advantages of combining traditional taxonomic-based community ecology with advances in functional ecology to shed light on how changing communities influence the ecosystem from a functional perspective. Presenting new combinations of frameworks and novel approaches, this thesis enhances the understanding of future developments in communities and their functioning.