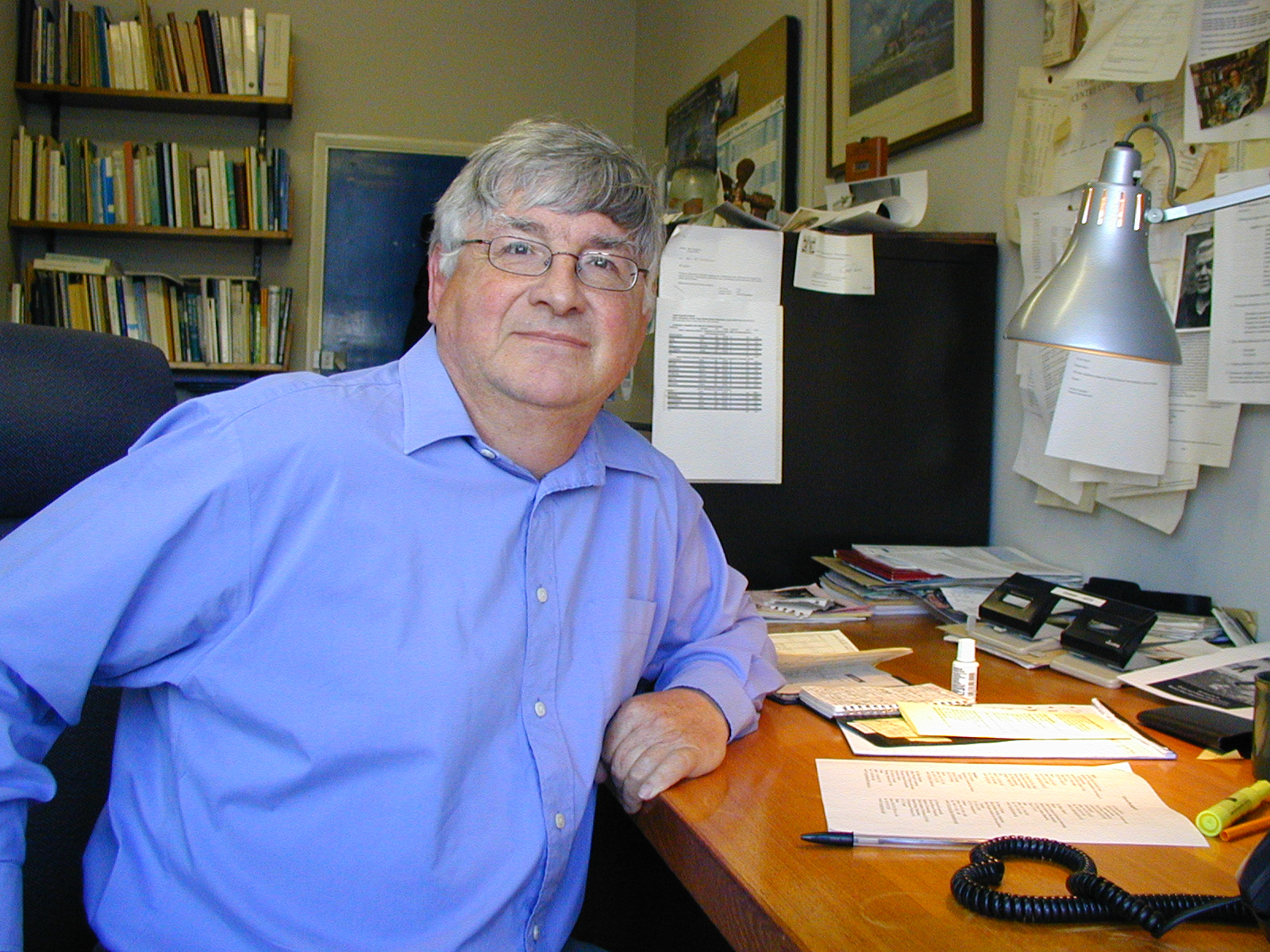 Dr Bob Dickson was educated at the University of Edinburgh in 1961-64, and gained a Ph.D in Environmental Sciences at the University of East Anglia in 1965-67. Since joining the Lowestoft Laboratory (now CEFAS) in 1964, he has maintained four main research interests:- First, since the early days of the self-recording current meter, he has contributed to the available stock of direct current measurements by which the sense and variability of the deep ocean circulation has become better understood. Second, he has studied the processes that drive variations in the physical environment of the North Atlantic, including the varied ocean response to an extreme multi-decadal shift in the North Atlantic Oscillation between the 1960s and 1990s. Third he has investigated ways in which change in the ocean circulation and climate at interannual to decadal time scales have affected various components of the Atlantic ecosystem from plankton to commercial fish stocks. Fourth and most recently, he has contributed to major international research efforts aimed at understanding the role of the high latitude ocean in Global Change. This has involved (principally) the task of chairing and coordinating the international Arctic-Subarctic Ocean Flux Study (ASOF) from its inception in 2000 to becoming one of the largest ocean-observing systems in the Hemisphere, and his continuing efforts on behalf of the Arctic Ocean Sciences Board to piece-together an integrated Arctic Ocean Observing System (iAOOS) for the International Polar Year and its ‘legacy phase’.

In pursuing these interests in the role of the Northern Seas in climate, Bob Dickson has acted as Deputy Chairman of the Arctic Ocean Sciences Board, as a member of the WCRP-CLIVAR Atlantic Panel, as a Member of the SSC for the University of Washington Study of Environmental Arctic Change (SEARCH), as a Member of the Steering Cttee for the ‘RAPID Climate Change’ thematic programme of UK-NERC and as a member of the Royal Society’s UK National Committee for the International Polar Year 2007/8. Most recently, in March 2011, his Report defining ‘An Ocean-Observing System for Northern Seas during the Legacy Phase of the International Polar Year’, written at the request of the Arctic Ocean Sciences Board (now the Marine WG) of IASC, was delivered and accepted during the Arctic Science Summit Week in Seoul, South Korea. Since 2011, Bob has been a member of the Advisory Board for SIOS (Svalbard Integrated Arctic Earth Observing System), part of the international effort to define its optimal scientific profile; and from 2011-12, he was one of the 9-member international Committee under Thomas Rosswall charged with the ‘Evaluation of Norwegian Climate Research’ for the Research Council of Norway [submitted June 2012].

In recognition of his long-sustained efforts to measure the cold, dense Denmark Strait Overflow (his own research contribution to ASOF), he gained the prestigious Albatross Award of the American Miscellaneous Society (1998). More conventionally he was elected a Fellow of the Royal Society of Edinburgh (1995); was awarded the Plymouth Marine Sciences Silver Medal (1995) and was appointed first Fellow of the Sir Alister Hardy Foundation for Ocean Science (1997) in recognition of his role in rescuing the long-term Continuous Plankton Recorder Survey, now the World’s leading index of change in the planktonic ecosystem; and was awarded the Kelvin medal of the Royal Philosophical Society of Glasgow (2004). On his retirement in 2006, Bob Dickson was appointed the first CEFAS Emeritus Research Fellow and his contribution to science was recognized in his appointment as CBE in the Queen’s New Year Honours List of January 2007. Bob was invited to take part in the British library ‘Life Stories’ series (now on the point of completion).

Outside science Bob writes children’s books and plays, and has a passion for antiquarian books, mostly 17th Century, maintaining a collection of the early folios of Ben Jonson that is in some ways unique.